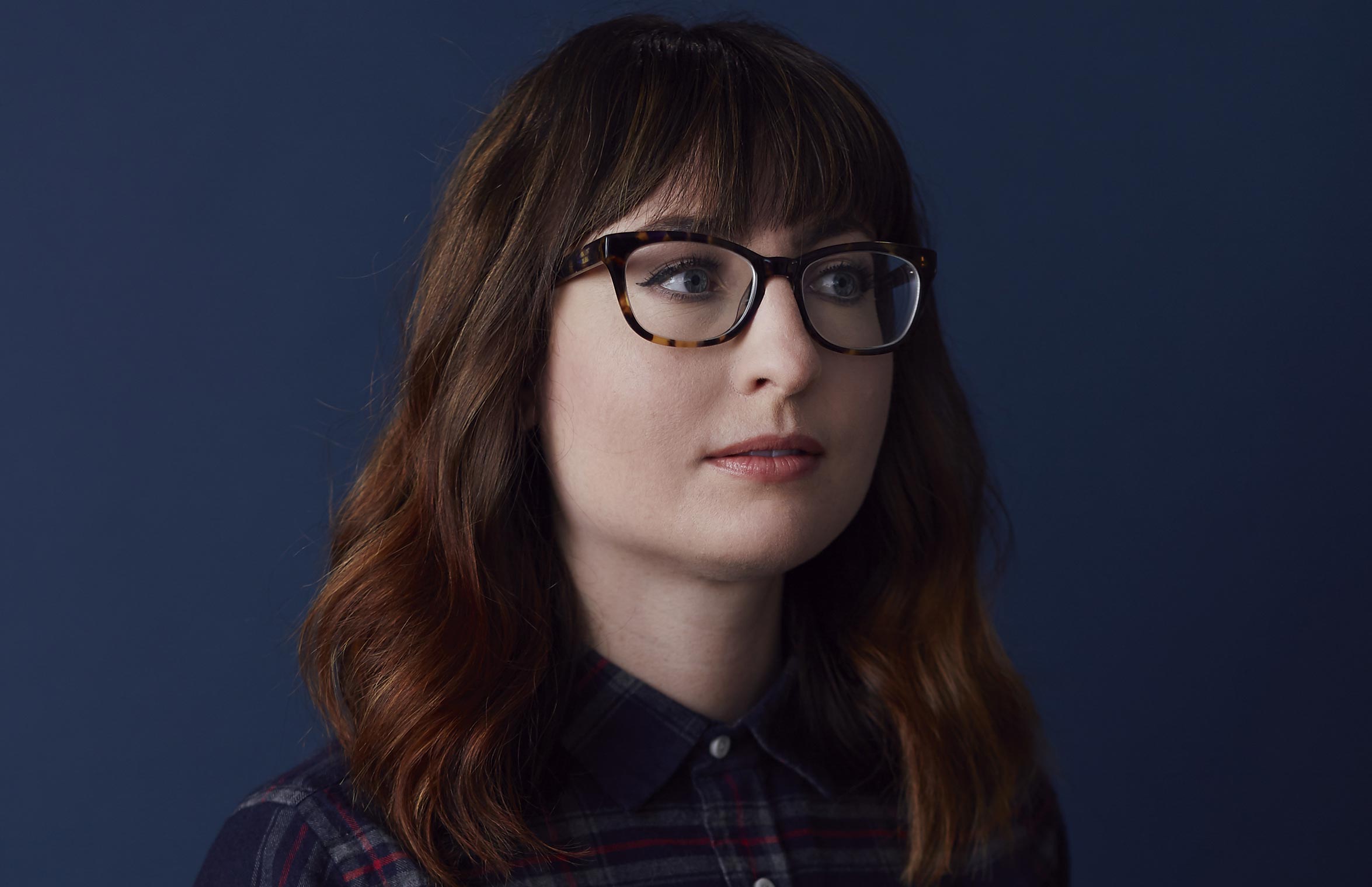 Born in Arkansas, raised in Alabama. I studied art/art history/design at Auburn University. I graduated in 2008, and when I couldn’t find a design job I began to teach myself web development. I attended Recurse Center in NYC in 2011 to level myself up as an engineer, and now I work on the Web Platform team at Uber in San Francisco.

Okay, let’s start at the beginning. Tell me a bit about your early years and where you come from.

I was born on an Air Force base in Arkansas, but I grew up in Huntsville, Alabama. My dad was a pilot and my mom was a dietitian. I was a fairly nerdy and shy kid. I remember my first experience programming was in fourth grade – which is very unique. It was kind of amazing that my elementary school had a computer lab at all. I would hang out in there because it had a few fun video games (here’s looking at you, Oregon Trail). One time I figured out how to play the Star Wars Main Theme with MS-DOS. That was the first computer program I ever wrote. Unfortunately, that was the only real computer program I wrote for about 17 years. In middle school I would tinker with Geocities and Angelfire for hours at night, but I had no idea that people could build websites for a living. I even took the first ever AP Computer Science class in my high school (where I ended up playing 1000% more Quake than learning any CS because the teacher didn’t know the material). Even though I showed interest and had aptitude, I never really knew I could be a software engineer. It just wasn’t something that was on my radar.

I felt like a fish out of water. In some ways, that experience made me more creative. I would escape into painting, drawing, books or video games. I would day dream a lot.

It’s funny, as a kid my grandmother actually taught me how to use a computer. She had an ebay shop (her username was cellar, which is clever) where she sold antiques, and she would pay me by the hour to upload images with her FTP client and manage some of her listings. I didn’t realize at the time what a cool experience that was. I was a young woman, maybe 10 years old in Alabama, being taught how to use a computer by her grandmother.

You studied design/art history in academia. What was the impetus for being like, “I’m going to learn to code now.”

It was out of necessity. I graduated in 2008 which was the beginning of the recession (but we weren’t calling it that yet). I was completely broke and the only design jobs I could find involved some kind of web development. I had minimal programming experience in school, I had only done some ActionScript, some Flash, things like that, but nothing seriously.

I had a professor at Auburn that told me, “just tell them you can do something, and figure it out when you get there.”

Eventually I wanted to double down and legitimize myself as a software engineer. I ended up moving to New York City to go to a programming school which is now called Recurse Center. I found the program by accident, I was just reading articles late at night and I saw a post saying Etsy would sponsor women to go to this school. So, I applied. And, I actually lied to get in. I told them I had JavaScript experience but I didn’t. I knew the entrance exam would involve writing a Fizz Buzz application, so I just memorized it so I could write it in the interview. I knew if I could just get in I would figure it all out, and thankfully I was right.

So you were in New York. What eventually transitioned you to Silicon Valley?

I accepted a job from Etsy (in New York) out of Recurse Center. It was my first real software engineering job, and at the time it was my dream job. Unfortunately it was a rough transition. At that point, I had 3 months of coding experience and was working in a team that well…just wasn’t working. I was in a tough situation and things were not working out with my manager.

One day my manager told me, “Martha, you’re a bad programmer and you’ll never make it as an engineer.”

And it crushed me.

Yeah, that’s literally enough for you to never go back into development again.

Eventually I just kind of washed my hands of it and moved on. Deep down I knew that he was wrong. And, I knew I really wanted this. I’m so thankful I realized that.

So, I ended up moving to San Francisco and joining Uber. That decision changed my life. I’ve found a team where I’m a good fit, and I’ve been kicking ass. I was promoted last year, and I’m hopeful it could happen again this year.

That’s so great. Tell me a bit about what elements of your work really excite you and what really activates you in your work.

I really love what I do. So, I happen to be on a  platform team at Uber. That means my customers are my peers, other engineers at the company. It’s incredibly validating and exciting for me when they enjoy using the tools I’ve built to help them do their job. I also just really like writing scripts and building applications and watching them work. I feel like a wizard, sometimes, especially when I can help someone debug a random issue they’re having. Software is a really fun field because you can constantly learn something new and improve yourself. I like that I’m opinionated about certain technical decisions because I have experience that formed those opinions. I’m also proud that I’m known for a high bar of code quality. Just seeing myself improve really activates me.

What else have been some of your biggest roadblocks and struggles, and just hardships you’ve had to overcome?

There were, and are, struggles. It’s hard for people to assume you’re not very technical, or that you’re not an engineer at all. Or, to be the only woman engineer on a team (or in a company). Before I went to NYC, I was working at a company where I was the only woman on the engineering team out of around 70 people, and I remember, we had this communal chat room where we all would just chat all day long. One day someone posted some pornographic images in chat, and I remember saying, “This is inappropriate, don’t post that in work chat.” They told me to stop  being a girl about it. I remember, they had no HR. It was like a startup at that point, so I just had to deal with it. Another time we had a meeting to talk about our benefits, and there was no mention of maternity leave. I just remember raising my hand and asking, “Is that something that you offer?” They said, “No, we’ve never had to offer it before.” Those two events really made me think about what I was doing, or the kind of environment that I was in.

In Silicon Valley you hear the word ‘meritocracy’ thrown around a lot. I don’t believe tech is a meritocracy.

Sometimes I joke that there’s a silicon ceiling in Silicon Valley. And silicon is harder than glass.

I also think women’s contributions aren’t recognized as often as their male peers. I think we’re underpaid. I’m reminded of a quote in Ender’s game, as a woman you really have to be “so good at what you do that they can’t ignore you.” Struggling against these things has made me work harder and become a better person and a stronger engineer, but it’s frustrating as hell. I honestly believe if you are a minority in tech, you are probably extraordinarily good at your job. You really have to be, to overcome people’s misconceptions about you.

In your pre-interview, you mentioned the challenge of surviving tech culture without losing yourself. Tell me about that.

Absolutely. I have this conversation with a lot of young engineers. It’s (understandably) easy to want to assimilate yourself into techbro culture. Early in my career I would wear the hoodie, laugh at the inappropriate jokes, and water down my femininity so I would be taken seriously. I don’t do that anymore. I finally realized if I don’t bring my full self with me to work I’m not doing myself or anyone else any favors. I think it does everyone some good to see engineers around the office that don’t fit the stereotypes.

Based on your life experience, what advice would you give to folks from similar backgrounds to you in tech?

Be good at teaching yourself. Be self motivated. Be okay with failure and days lost to an errant comma. Learn the vocabulary. Be precise when you say something. Don’t struggle alone with a problem for too long. Learn to ask questions effectively so people can help you quickly. Always read error messages thoroughly. Every bug or mistake is a learning opportunity.

Know that this is worth fighting for. I hope you can find the strength within yourself to keep going when people tell you that you can’t do something. They don’t determine whether you can or can’t do something, you do.

Know that this is worth fighting for. I hope you can find the strength within yourself to keep going when people tell you that you can’t do something. They don’t determine whether you can or can’t do something, you do. 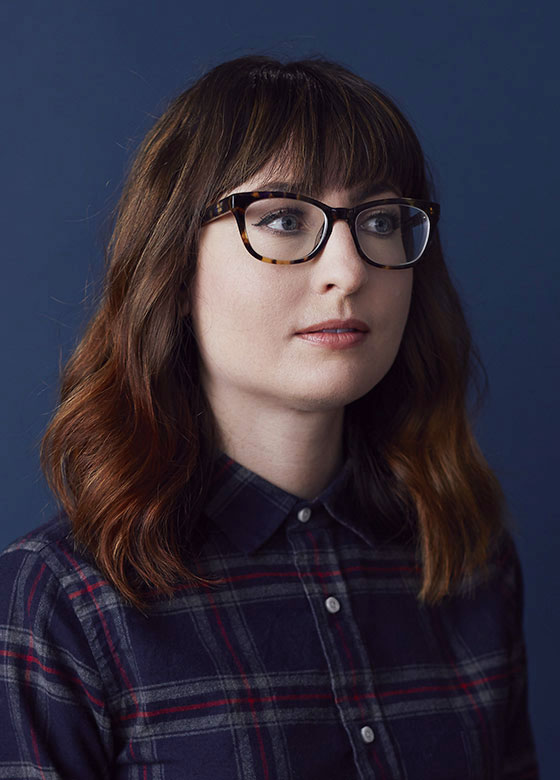