Hollywood nerd at birth, born and raised with grit and tenacity. Autodidact. Up and left SoCal family and friends after high school moving to Japan alone and with little money and survival Japanese. Decade later, returned to NorCal, out, proud, as trans and found my way in product design.

Let’s start from the beginning. Tell me where you come from and how you got here.

I am originally from North Hollywood, Los Angeles. Most of my early childhood and K-12 education was in San Fernando Valley. After high school, I moved to Japan for a decade-long stint, but upon returning to the Republic of California I have been traveling to/from Japan almost every 2-3 months for the past 16 years.

How did I end up in Japan? During my senior year of high school I was not sure what I wanted to do. Fortunately, I had many older friends in the animation industry, places like Disney; and the exposure piqued my interest to work in the animation industry. At the same time, there was a recession in the United States and a friend two years my senior, Ken Olling, told me I should move to Japan. He was already there. Given where LA was heading, I told myself, “Why not? Let’s do it.” and leaped from my cliff.

Through a series of autodidact experiences, I went from animation and storyboards to graphic design. From information design, to product management, to lecturing at Berkeley’s Haas School of Business,experience design, to product design. I did executive management and leadership for Fortune 500 companies and startups, before founding my own two hardware startups. Recently I have been helping at Stanford’s d.school, mentoring LGBTQ entrepreneurs, and advising a companies on the future of VR/AR peripherals, and bespoke rich retail operations with analytical insights, and home artificial intelligence.

What elements of it are the most exciting and engaging to you? What really activates you?

For me, I want to find the fundamental need and design to fill what is lacking. The most gratifying part is, finding a need, finding a way to create something that would delight, and wow, and make the end users smile when they experience that creation. What keeps me happy is knowing having the users love that creation as much as the team and I loved making it.

“I’ve never been one for conformity, or labels.”

Let’s go to the darkside for a minute. What has been some of the biggest struggles and roadblocks in your work? Either specific to a job or in the rest of your life.

Professional hard aspects were learning the grit and tenacity that’s required to try to raise venture capital as a queer entrepreneur. You know, I cannot say that I have had the darkest career experiences. Honestly, I think these and other previous hardships at Apple would be those experiences that consistently made me unhappy, but have galvanized and hardened me making me who I am today. I enjoy what I have done and absolutely love what I am doing. I am excited for what’s to come as my go forward.

What’s your experience is being a techie in the queer community?

There are levels of acceptance for nerdy and queer persons in the tech community. I’ve never been one for conformity, or labels, and I’m a staunch advocate for LGBTQ diversity and inclusion. Often times the Queer community in The City can be overly too serious and catty in acceptance of us outliers. Even CIS women can be quite catty, where I’ve recently run into this in women’s restrooms.

LBGTQ within the techie communities has been warm and welcoming, and very supportive, with the exclusion of fundraising with some VC’s. Sometimes the investment banking world has an unfortunate bro-culture within senior and midlevel partners. Younger generation VCs seem to be the exclusion. Where are the Queer VCs and funds? (laughing) 500.co and Women’s Startup Lab are the exceptions as they brand out advocating for these areas, I believe.

“LBGTQ within the techie communities has been warm and welcoming, and very supportive, with the exclusion of fundraising with some VC’s.”

My extraordinary queer corporate experience was great and I’ve seen support grow and flourish since 1994. My early days of Macromedia was extremely welcoming and inclusive. Adobe with their legacy Aquanet (Aldus days) queer community originating in Seattle and Apple Lambda have been safe environments. Sony when initially joining, I actually felt threatened, but through love and management support from my team in Sweden (Sony Mobile) and Japan (Sony HQ), we were able to work to ensure a safe and inclusive environment along with a successful corporate HRC index ranking. Throughout my time as executive leadership at Sony, we helped LGBTQ expatriates find safety and security in the San Francisco Creative Center studio. I affectionately referred to this as our LGBTQ underground railroad from Tokyo.

Unfortunately, the progress my team and I made in North Carolina at Sony Mobile and Research Triangle Park just took major bounds backward this past week. I stand with my brothers, sisters and others who are being put in harm’s way if North Carolina’s governor signs hate into law.

Trans people, especially trans women of color, are already at dramatically greater risk of violence and murder and policing restrooms sends a message to those who would do us harm that such behavior is condoned.

We, like everyone, deserve to live under laws that protect us from harm, not inflict it.

“The biggest reason behind me not fully transitioning was fear for my 26-year career and financial implications for my family’s future.”

You’re the first trans person that I’ve interviewed for this project that hasn’t transitioned, and I’m curious if people feel the need to put you in a certain bucket or category trans-wise and have a hard time with it. Does that make sense?

[Editor’s note: Since this interview, Ana has decided to move forward with her transition, and this question has been edited. CONGRATS ANA!!!!!]

People have a hard time because of my size, age and need to categorize. I am 6’2’’, 300 pounds, and 43 years old. I am not a young, petite woman that is early in her career. I choose to manage my life circumstances accordingly. That said, transitioning means something different for each transperson from SRS to everything in between, changing their outward dress to align their heart, body, mind, and soul.

When we first spoke, Helena, the biggest reason behind me not fully transitioning was fear for my 26-year career and financial implications for my family’s future.

Since our initial conversation around this project, I have gathered my internal strength, focussed on bravery, with the support of my family and global community of loved ones, professional network, and have fully transitioned to a woman. I told myself, “Why not? Let’s do it.” and once again, leaped from my cliff like times before when moving to Japan, or starting my first two hardware startups, leveraging my core beliefs in Swagger & Whimsy, Humor & Tenacity, Creativity & Grit, has made this journey all the more rewarding. It’s a slow and steady experience and this project was the catalyst for my courage and my platform for the transition.

Dearest Ina Turpen Fried, you’re my muse, mentor <3 thank you for helping through my transition <3

What do you foresee happening to tech and design in 2016?

For me, 2016 is about heritage. It is about building products that are authentic and built to last. Like Le Creuset cookware, or KaiKaDō tea caddies we should craft technology and products that will not end up at the top of the e-waste pile every 6 months. That will be a major macro-trend for 2016. From a tech and design perspective, I liked what A16Z said as their sixteen predictions for 2016, two of which struck a chord with me.

The first one is Full Stack. Some people call it being T-shaped or being a ‘hybrid,’ being able to go deep in 1-2 areas and work interdisciplinary. It is one thing to be excellent in design, but to be successful in the future, you have to be able to know how to work across disciplines. For example, even if you are a designer and not an electrical engineer or mechanical engineer, you have become an expert in those fields to be in the trenches with them. You want to be able to communicate and understand them at a deep level to be successful. Andreessen Horowitz stated that they do not want to invest in companies or people that are not really full stack or have a full stack mentality.

The other trend that I see and am studying is the UI-less user experience. I am experimenting with UX agents that take natural gesture input, speech in particular.  Bots are the initial intelligence-singularity type of things that people will encounter. People on the creative side will need to get their heads around that whether we like it or not. It is going to be much like the movie Her. We will not be designing things that are screen or product based. Amazon Echo already does that to a degree. Siri’s not that great, but Google Voice is pretty darn good. Those are some of the big trends for me for 2016.

What advice would you have for those hoping to get into tech, based on lessons you’ve learned?

It’s a global world. People need to live abroad for a while or have done some meaningful life traveling. Through immersion, you understand other people’s situations from an anthropological perspective. Then you can better design meaningful experiences or products. You can’t do it if you’ve only lived in America. You cannot do it well if you’ve only lived in the Bay Area because our microcosm here is weird. For example, you can go to the Palo Alto area and everyone has an Apple watch. You go anywhere else in the United States, you go over in Japan or Europe, and you do not see many people with Apple watches. So we need to get out of this microcosm that we live in and actually experience the world to develop that skill set and sort of that tool set that you’ll be able to design and build meaningful experiences for the world. It is about perspective even if you may be designing for your geographic region going forward.

“So we need to get out of this microcosm that we live in and actually experience the world to develop that skill set and sort of that tool set that you’ll be able to design and build meaningful experiences for the world.” 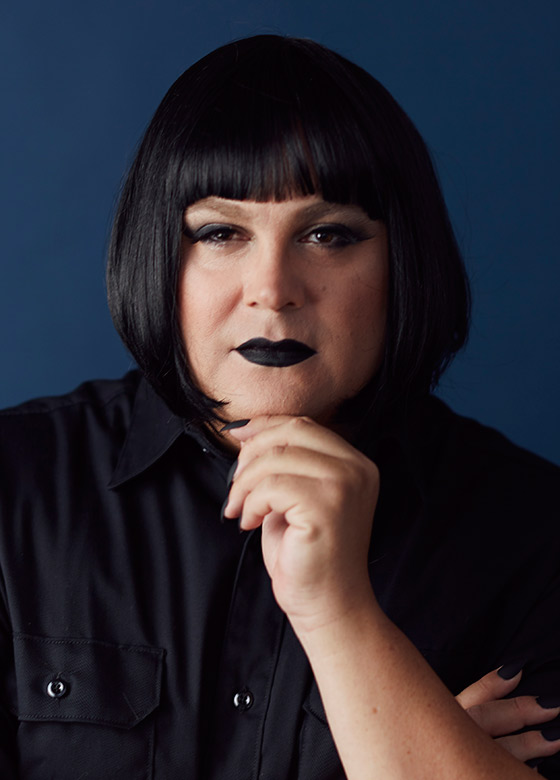