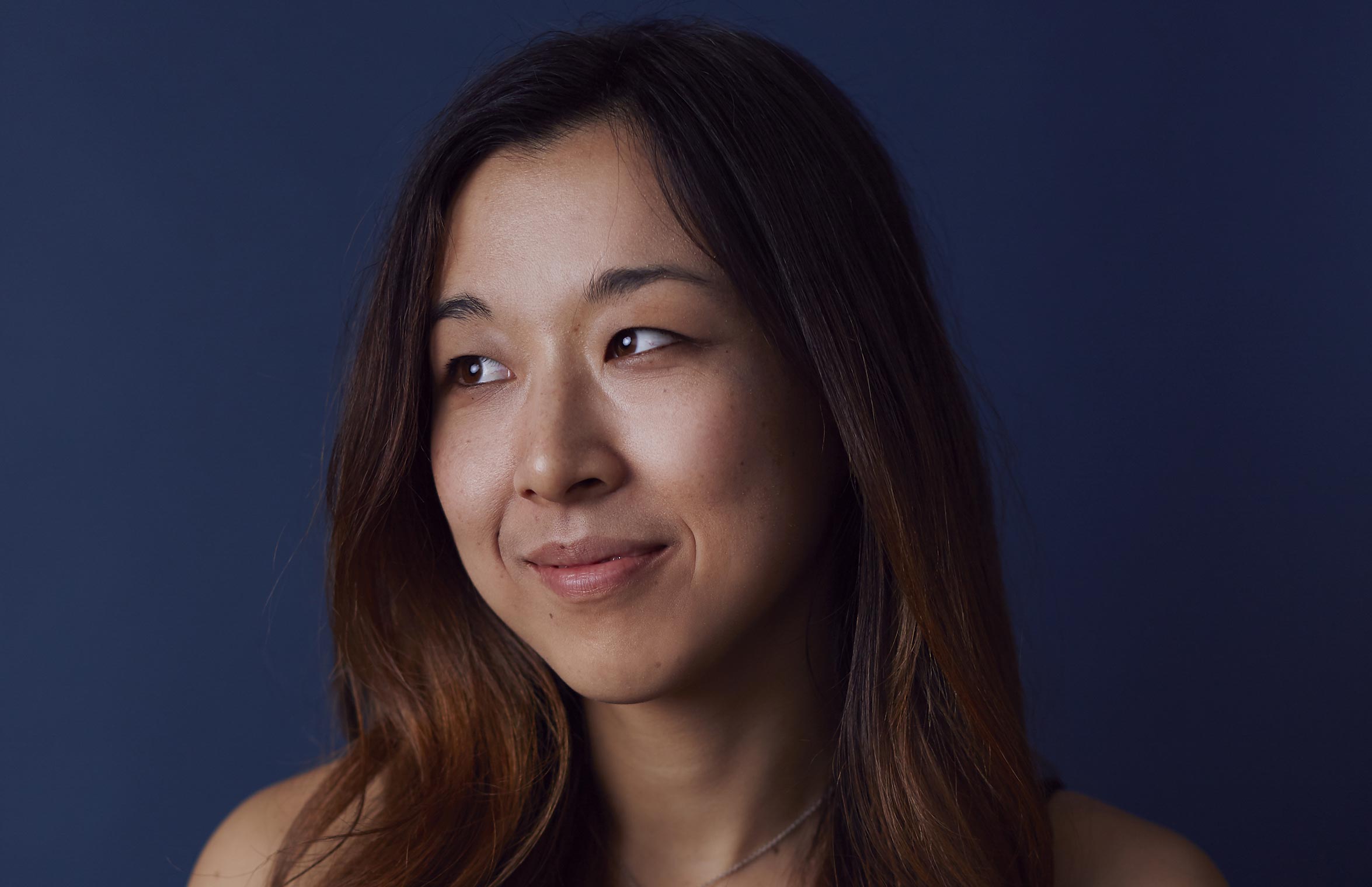 I originally studied business at the Wharton School, before realizing my love for drawing when I worked in tech as a product designer. Now I’m an illustrator who works in the tech and editorial industries.

Tell me a bit about your early years and where you come from.

I was born and raised in Cupertino, CA. My parents are both from China, and immigrated here in their mid-20s, so growing up, I spent many summer vacations with my extended family in China.

What was family life like? What did your family expect of your career-wise? What did you think you were going to be when you grew up?

My parents are my ultimate heroes in life, and there is no way I can possibly overstate that. They immigrated here from China in the 80s, barely speaking the language and having just finished graduate school. When I was 10, they founded their own individual biotech companies, both as solo founders. They went up against crazy challenges and a language barrier, yet eventually led one to acquisition and one to IPO. As a kid, “growing up” alongside both of their ventures and witnessing the sheer force of their perseverance and hard work became one of my biggest sources of personal inspiration.

When I was younger I had no idea that I would go into the arts, but I always knew that whatever I ended up doing would have some element of entrepreneurship involved. Also, I’ve learned a lot about the value of demonstrating to your kids the importance of hard work and passion for what you do (whether that’s in your work or the values with which you live your life).

Honestly, when I am going through something challenging in my career I think about my parents, and how they came here with few resources, little knowledge of the language or how American society here even functions — and were still able to grow their initial visions into two multi-national companies today. And then I just think, if they can do it, I can do this too.

To me, they are the true embodiment of the American Dream: immigrants who, through extremely hard work and perseverance, have found success on their own terms.

How did you first get interested in tech and design?

I’ve always been interested in design, but that was before I knew it was “called” design. When I was younger I’d delight in figuring out systems to make processes more efficient. I went to business school at the University of Pennsylvania’s Wharton School, and my major there was a business-related take on that (Operations & Management). I got into design on my own, taking on internships that were on the business and platform sides, and studying from the designers in my spare time. I’d offer to take on extra projects that weren’t necessarily high priority for them, and in turn I ended up learning a lot about what it takes to ship a product.

How’d you end up in SF and in tech?

I’d been interested in tech throughout college, taking on internships at Microsoft, Foursquare and Path, so it was something I wanted to continue afterwards. I’d always wanted to come back to SF after graduating from college because this is where I grew up. The fact that the tech industry has been in an upswing and was in an extremely optimistic place in 2012 helped too!

What were your first impressions of Silicon Valley?

I had a very positive initial impression of Silicon Valley, partly because I grew up here and a lot of it feels very natural and organically “at home” to me.

It’s funny because often people here will refer to a particular location or “Bay Area thing” in a certain context, and for me it’ll always have specific connotations to high school and whatnot. For instance, sometimes after telling someone that I grew up in Cupertino, people will be like “Oh my gosh! What is it like there? Is it really cool?” and my answer is “Haha! It’s actually really boring.” Or, someone will ask if I want to meet at a certain coffee shop in Palo Alto, and that’s where I remember cramming for my SATs because I did all of my standardized testing at either Palo Alto or Gunn High Schools.

What was the impetus for leaving to go freelance?

There were many reasons but one thing that appealed to me more than going to work for a company was the idea that I could try out a lot of different things within the general world of illustration and art, and have that count as being part of my career. In the same vein I think that independent life is a particularly great option for people who have a lot of different interests that they want to combine in their professional lives.

For instance, one day I’ll be painting a 10×10 ft mural for Slack, and the next I’ll be lettering on a home goods project for Macy’s, and the next week I could be drawing an inventory of in-app product illustrations for Wealthfront. I also do a lot of personal experimentation and am starting to branch into some gallery work, which is extremely rewarding in its own way. It’s a really fun mix and I feel like I would not nearly have grown as much both technically as an artist/draftsman, nor would I be as strong a conceptual thinker had I stayed in one context. Those are qualities that I care about optimizing to the max at this point in my life and career.

What has your experience been like as a freelancer?

My experience has been extremely positive, empowering, and affirming. It is really exciting to constantly feel like I am creating my best work and then see that shipped, live, and in context of a client’s project. I tend to be pretty particular about the projects that I take on, and my clients so far have all been truly wonderful people to collaborate with!

In general, how has your experience been as a woman in tech?

I think a lot of the discrimination that women in tech face is extremely subtle – death by a million paper cuts. I feel the need to be extremely aware of where and who I’m working with because at the end of the day, I really do believe that the values of the industry at large do not include much empathy for people who don’t belong to the “default” identity (ie. white, CIS male, not an immigrant), and if I don’t do this for myself, then no one – not an HR department or my manager – will do so for me. I have really little faith in “things working themselves out” in this industry context unless I proactively look out for myself, and I see tech as one of many industries that I work within as an illustration (ie. from editorial, retail, to broader advertising), rather than a core piece of my identity.

In some ways, it’s somewhat analogous to my parents’ journey as CEOs in the US who immigrated here from another country. They encountered a lot of discrimination, both overt and subtle, especially given that their identity wasn’t accepted as the “default” identity of success (aka white, male, no accent) in our Western society. Perhaps certain things may have come more easily or directly to them had they belonged to that default identity, but I deeply admire their drive in carving out their own extremely unique paths to success that I think greatly trumps what the default path could have given them.

Have you had mentors or people you’ve looked up to for inspiration along the way?

Yes, many of them have been people I’ve gotten to work with (ie. Ryan Putnam, Morgan Knutson, Allison House, etc), and recently I’ve started more official mentorship relationships with illustrators who work in the publishing and advertising industries. I think it’s cool to learn with people who come from a variety of different backgrounds!

What are your biggest motivators?

All I can do in life is try my best.

I also tend to get really inspired by others and their bodies of work; for instance I’m really digging Japanese director Makoto Shinkai’s work right now and I’ve been practicing how to paint in his style. So I think having a lot of true, from-the-heart inspirations of older practicing artists (from the general art/illustration communities, not necessarily tech itself) has been extremely motivating for me.

Where have you found support networks?

I’ve found amazing support networks just in friends as well as this social Slack channel that I’m a part of that Justin Edmund started (designer, formerly at Pinterest, first designer there). It’s a really cool group of people that I would broadly classify as individuals who consider themselves “makers” (ie. designers, engineers, illustrators, writers, founders, etc) and it’s a great place where we’ve been able to talk freely about things that I’d otherwise feel really vulnerable talking about “in public.”

What do you look for in a job now vs. when you started?

I look for a lot of similar things (product and mission that I’m passionate about, solid business plan + trajectory, strong leadership, strong presence of design in the org, etc), but the difference is that now I look for more things like:

What are the HR practices in place to deal with workplace issues? Are there HR processes at all?

How empathetic do the founders, early members, and leadership appear to be?

Inclusion: Are there women in positions of leadership? Is there a woman in a position close to the role that I will be taking who I can potentially talk to? What are the gender and broader diversity ratios in place, especially on the technical side (where I spend most of my time)?

How do you think your background and life experiences impact the way you approach your work?

I think my self-taught path from business school to illustrator who draws and paints professionally has unexpectedly resulted in an interesting pairing between business and art.

So what are you working on right now, either for work or for yourself?

Right now I work with a bunch of companies like Slack, Wealthfront, Macy’s, etc. as well as smaller startups in the tech industry. I’ve also worked on a range of really cool projects, from editorial (ie. New York Times) to animation (Tonko House).

I also love painting and drawing, and this year have started to show as part of gallery shows (Q Pop, Light Grey Art Lab, etc).

Where do you see yourself in 5 or 10 years? Do you think you’ll stay in tech?

Professionally, I see myself expanding into different industries (ie. not just tech, but also publishing, editorial, advertising, etc). Personally, I would like to be more established as an artist and find more of my individual voice. I think I’ll continue to work in tech but my priority right now is to maximize my technical ability as an artist.

What advice would you give to folks from similar backgrounds who are in tech or hoping to get into it?

It’s kind of hard for me to answer this question, because everyone’s experiences are so different. Seeking out mentors, aligning yourself with a company that wants to invest in young talent, and trying to figure out ways to reverse engineer projects and skills are very actionable steps that you can take to grow on your own (in the beginning, at least!).

At the end of the day, all I can do is try, and try my best. Sometimes there are things that get in the way that are beyond your control, but I really believe that where there’s a will, there’s a way. That’s something that my parents’ experiences have taught me too; observing their hard work and optimism through their respective paths became a really ingrained lesson from my childhood. 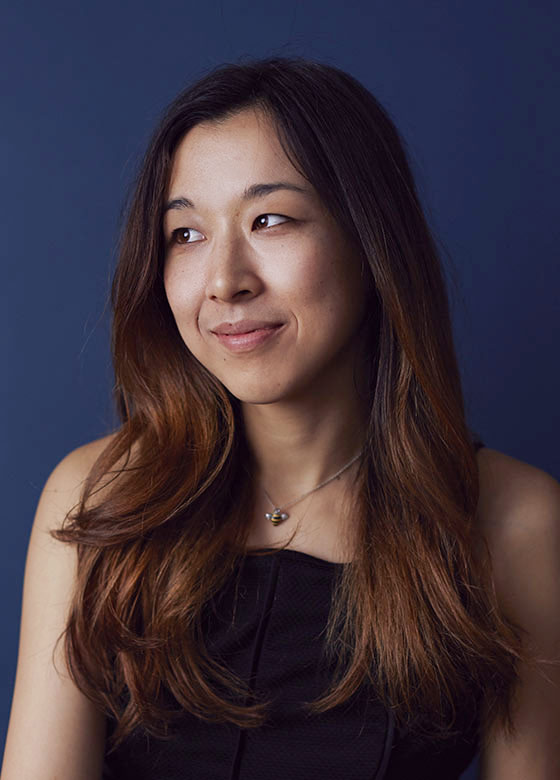